Good food, historical villages, hills, lakes and lush vineyards will enthral you in Rome. Enjoy a family vacation or exploration trip to eternal Rome. Each region boasts a rich kaleidoscope of wonders from gorgeous Mediterranean coasts to rolling hills. All-inclusive holidays to Rome from Travel Center offer a treasure trove of wonders. Archaeological buffs explore Roman roads, royal homes and aqueducts while history seekers can get lost amidst the ancient Etruscan and Roman ruins. Gorgeous Lake Bracciano is the backdrop for Orsini Castle one of Europe’s exquisite feudal residencies. Relax and rejuvenate at seaside resorts of Ladispoli, Fregene and Fiumicino. Discover ‘Ostia-Antica’ remains of Rome’s oldest colony while Castelli Romani set amidst the green hills offer fine cuisine and medieval villages to explore. The coastlines are dotted with tourist hot-spots, offering water sports, diving and hiking. Head over to Lake Albano for canoeing and mountain biking. Enjoy your evenings at the hip night-clubs located along the coast or experience Roman Theatre at the Ostia Archaeological site. Indulge in personal pampering at ancient spas, Roman baths and wellness centres. Gastronomical delights, exquisite wines and warm loving locals are treats to savour. All inclusive Holiday packages to Rome from Travel Center include cheap flights, budget accommodation and flexible booking options. Answer the call of Rome and enjoy a fantastic holiday! 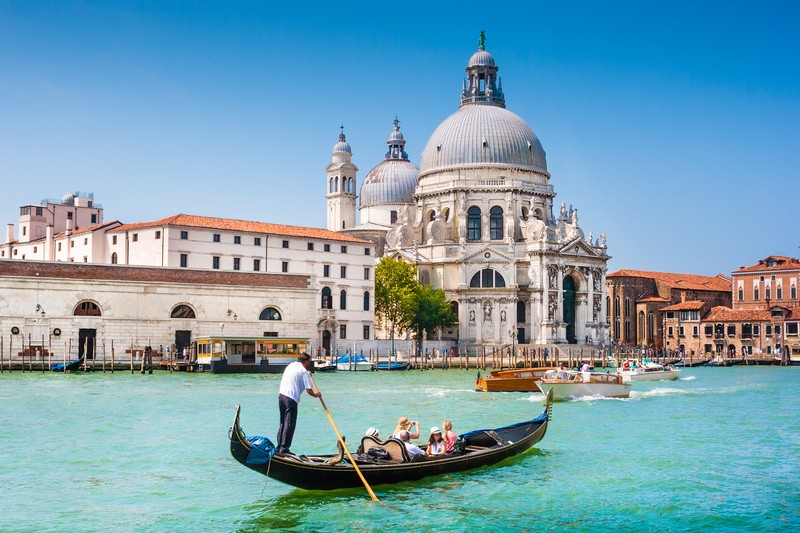 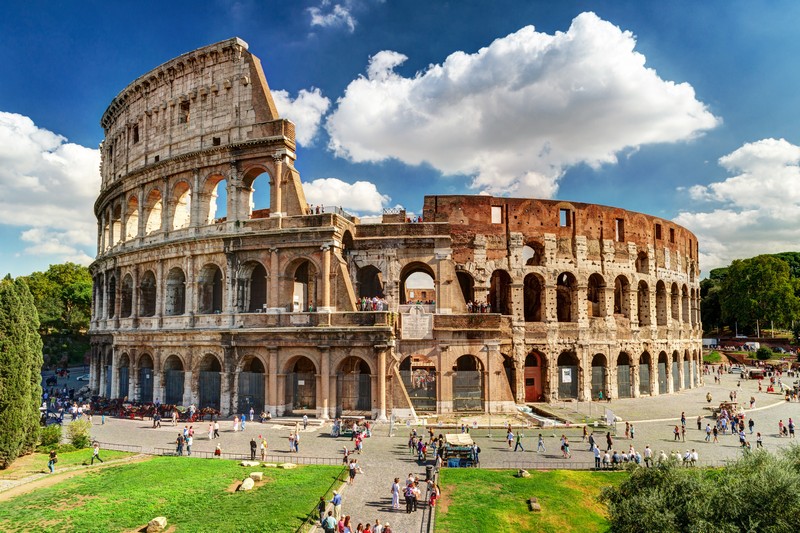 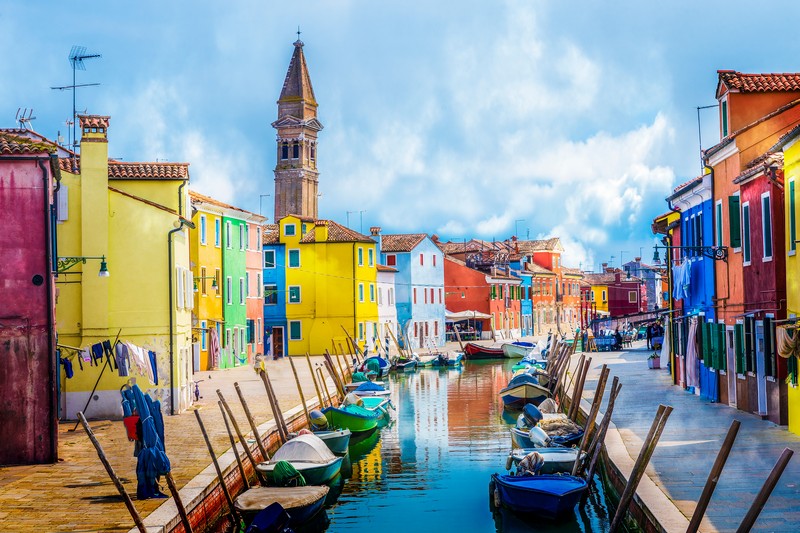 Travel Tips for when you're in Rome

April to May, October to November

The largest and most famous amphitheatre in the Roman world, was constructed in 72 AD by Emperor Vespasian of the Flavian dynasty. The construction was completed in 80 AD by his son Titus. Able to hold about 50,000 spectators, the Colosseum had no less than 80 entrances. It is today one of Rome’s most major tourist attractions.

This gigantic church is the center of the Catholic world and an extremely popular tourist attraction. The interior is so large at 120 meters that the Statue of Liberty could fit inside. It stands on the place where Peter the Apostle was crucified and buried. The current buildings construction began in 1506 and was finished in 1615. Multiple artists were involved with the complex and its surroundings. Michaelangelo designed the dome and Bernini designed St.Peter’s Square.

The Pantheon is one of the best preserved buildings in Rome and was built in 126 AD as a temple for all the Roman Gods. Since the 7th century it has been serving as a Catholic church. It consists of a large rounded portico with three ranks of granite Corinthian columns, this portico opens into a rotunda that has a concrete dome with a central opening. This dome still remains the largest unreinforced concrete dome in the world even two thousand years after it was built.

These musuems located inside the Vatican City were founded in the 6th century by Pope Julius II and holds some of the world’s most important relics. The attractions in these musuems include a spiral staircase, the Raphael rooms and the world famous Sistine Chapel. Michaelangelo painted the ceiling of the Sistine Chapel in between the years 1508 and 1512.

This Baroque fountain was designed by Nicola Salvi in 1762 and features a mythological sculpture of Neptune, god of the sea, with two Tritons on either side. The Trevi fountain gets its name on account of its position at the junction of three roads (tre vie). Since its appearance in the film Dolce Vita it has grown in popularity and has become one of Rome’s most popular attractions.

The monumental Spanish Steps consists of 135 steps and was built between 1721 and 1725 with French funds. The steps attract many tourists as well as locals who use it as a gathering place. Every May the steps are decorated using pink azaleas. At the bottom of the steps is the Spanish square and the Fontana della Barcaccia.

The Roman Forum is located between the Palatine and Capitoline Hills. Known in Latin as Forum Romanum it was the heart of ancient Rome. It was used for processions, elections, public speeches and a wide variety of commercial affairs. Today it is a ruin and includes the Temple of Saturn, the Arches of Septimius, Severus and Titus and the Temple of Antoninus Pius and Faustina.

This castle built between 135 and 139 AD was the mausoleum of the Emperor Hadrian. Strongholds built on top of it were turned into a residence and castle by medieval popes. It was used as a prison until 1870 and now holds a museum. It is one of the settings that appeared in the film ‘Angels and Demons’.

The most famous of Rome’s many squares, it was established at the end of the 15th century and preserves the shape of the stadium that once stood there. The stadium was built in 86 AD and was used for festivals and sporting events. The buildings that surround this square was once the place where the spectators would sit. In the modern day, it has three fountains, shops and street performers.

This square located south of the Piazza Navona is used as a marketplace during the day and party area for students and tourists during the night. It’s name means ‘Field of Flowers’ as the area used to be a meadow during the Middle Ages. It is a lively place where people can buy fresh produce as well as fish, meat, flowers and spices.